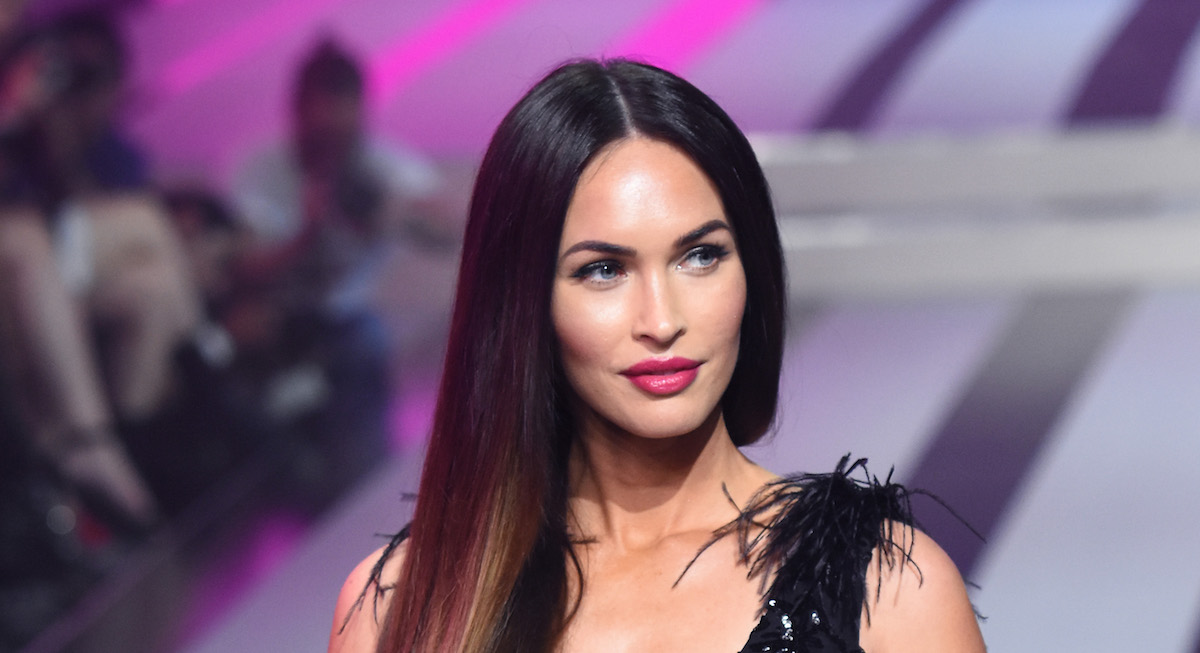 Most of us know Megan Fox for her role as young and sexy Mikaela Banes in the first two Transformers movies—that’s how she made it big, after all. And yet most of us probably haven’t seen much of her in the last few years.

In fact, the latest thing most of her fans have likely heard about the actress known largely for her status as a “sex symbol” and for topping myriad “sexiest in the world” lists is that she split up with her husband Brian Austin Green earlier this month.

The pair, who ended things amicably, had been together since 2004, were married for a decade, and have 3 kids. Her stated reason for this massive change is not one you hear every day in the world of glitz and fame: she feels better off alone.

Scholar Marc DiPaolo has stated that the reason Fox achieved instant fame in Transformers is because a “highly sexualized, erotically idealized figure draped over a car or motorcycle invariably evokes lust in the heterosexual male onlooker.”

In many promotional shots, Megan can be seen reenacting this by leaning over a Camaro while wearing “a flimsy pink belly shirt” and short skirt, which read as “an unequivocal sex invite” to male viewers, according to DiPaolo.

Many seemed to discredit Megan Fox as an actress, relegating her to a folder labelled “man’s lady.” Except for the fact that such easily distributed labels don’t hold up as well anymore—you know, now that feminism has become more mainstream and accessible, post #MeToo and all.

What most people don’t know is that Megan Fox broke down and spoke up with her very own #MeToo story in 2009, eight full years before the movement was finally ready to burst in 2017.

Yet, she was laughed at and dismissed by chauvinists and feminists alike. Maybe this isn’t surprising given that a much more recent analysis of 75 countries has revealed that 9 out of 10 people (regardless of their gender) hold tangible biases against women.

And yet, it would seem that Megan’s actual understanding of herself is far more in line with those of a woman unafraid of ending a marriage amicably in order to be alone than those of a wild and crazy sexpot who is inherently non-feminist.

Rather the opposite, as Megan has said that she has a general distrust of men, and that the public’s perception of her is largely false, because she is quite asocial, has had very few sexual partners, and that she would rather stay home than go out.

In fact, Megan always wanted to explore her potential as an actress and artist. “I don’t want to be on the cover of every magazine that exists,” Megan said. “I want to try not to do that. It’s my job to show people something different.”

Unfortunately for her, the world was not quite ready yet.

Speaking up turned her into an outcast

For those who take one look at Megan and roll their eyes when she says she wants to develop as an actress, here is something to think about. The fact is, she has always called out whenever she feels misrepresented or underestimated, even at the price of her own career.

In an interview with Wonderland in 2009, her reply about what it was like to work with director Michael Bay was fearlessly controversial, to say the least. In addition to comparing him to Napoleon and Hitler on set, she also described how she became frustrated with Bay when he inhibited her as an actress.

Megan would ask regular questions about her scenes such as “Who am I talking to?” and “Where am I supposed to be looking?” only to have him respond, “Be hot,” or “Just be sexy.” Later that same year, in an interview with Kimmel, Fox said that on the set of Bad Boys II, when she was just 15, Bay demanded that she dance under a waterfall in a bikini and six-inch heels.

Perhaps it’s unsurprising that she was subsequently fired from the third Transformers movie: Dark of the Moon.

Bay eventually offered an apology, but not the kind that would cut it today: I know that’s just Megan. Megan loves to get a response. And she does it in kind of the wrong way. I’m sorry, Megan. I’m sorry I made you work 12 hours. I’m sorry that I’m making you show up on time. Movies are not always warm and fuzzy.”

As if that wasn’t patronizing enough, three anonymous Transformer crew members wrote an abusive open letter which Bay published on his official website (though he has since removed it). In it, they call Fox “dumb as a rock,” “unprofessional,” “Ms. Sourpants,” a “grump,” “thankless,” “classless,” “graceless,” and an “unfriendly bitch.”

And yet this downright abusive attack was not met with outrage as it would be today. Megan denied the claims made by the letter, saying “I know that [working with the Transformers crew] was not that way with my crew. I loved my crew.”

It’s unfortunate that it would change public opinion. That of course hurts my feelings. I don’t ever want people to think I’m difficult to work with or that I’m a bitch because I try to go out of my way to make people feel comfortable.

She suffered a psychological breakdown after Jennifer’s Body

The only person that suffered professionally was Megan, for speaking out. Her next movie, Jennifer’s Body, was anything but a hit at the box office. It’s worth noting, however, that in it, she plays a character who uses her sexuality to defeat those who objectify her.

Anne Cohen for Refinery 29 writes that, “Had this film been made a decade later, it’s possible Fox could have been heralded as the feminist revenge hero of our time.”

However, back in 2019, on the 10-year anniversary of Jennifer’s Body, Megan revealed the psychological impact the movie had on her. “I was like reduced to–I mean objectified is not the right word. It doesn’t capture what was happening to me at the time,” she told Entertainment Tonight.

The sexualization of her body and image left her with psychological traces.

Megan’s feminism also extended to others. It was more than just about her experiences. For example, when Vanessa Hudgens’ nude photos were leaked when she was just 19 years old. At the time, the media heavily attacked the young Disney actress, who was eventually forced to issue a public apology for something that was not her fault at all. Quite the opposite, it was her privacy that was violated.

At the time, Megan was outraged, noting that the situation “made her sick.”

Someone betrayed Vanessa, but no one’s angry at that person. She had to apologize. I hate Disney for making her do that.

An unsung hero of the #Movement?

When the #MeToo floodgates finally opened in 2017, Megan, who has acknowledged that she has quite a few stories in addition to those detailing Bay’s behavior, chose not to participate.

How could anyone blame her, when she received little support when she denounced her experiences in the past. In fact, Megan felt a sense of betrayal In 2018 she told The New York Times,

I was ahead of my time and so people weren’t able to understand. Instead, I was rejected because of qualities that are now being praised in other women coming forward.

While Megan does identify as a feminist, she felt as though there was no “space in feminism” for her. A lot of it has to do with being intensely aware of her image and the perception people have of her.

I just didn’t think based on how I’d been received by people, and by feminists, that I would be a sympathetic victim.

Rather, Megan was always aware that telling her story would position her as the target of victim-shaming. “And I thought if ever there were a time where the world would agree that it’s appropriate to victim-shame someone, it would be when I come forward with my story.”

Did we fail Megan Fox?

As an unsung hero of the #MeToo movement, Megan had to pay for speaking up about her experiences with sexual harassment. The price was her career and opportunities. At the time, the world was not ready for Megan’s courageous outspokenness.

Megan has been relatively absent from the spotlight, preferring to dedicate her time to her children and the occasional independent film projects, but she has recently starred in Machine Gun Kelly’s videoclip for the song “My Bloody Valentine.”

However, it’s important to remember her as a precursor to the #MeToo movement, along with all the other actresses in the past who have had to pay for denouncing maltreatment and injustice.