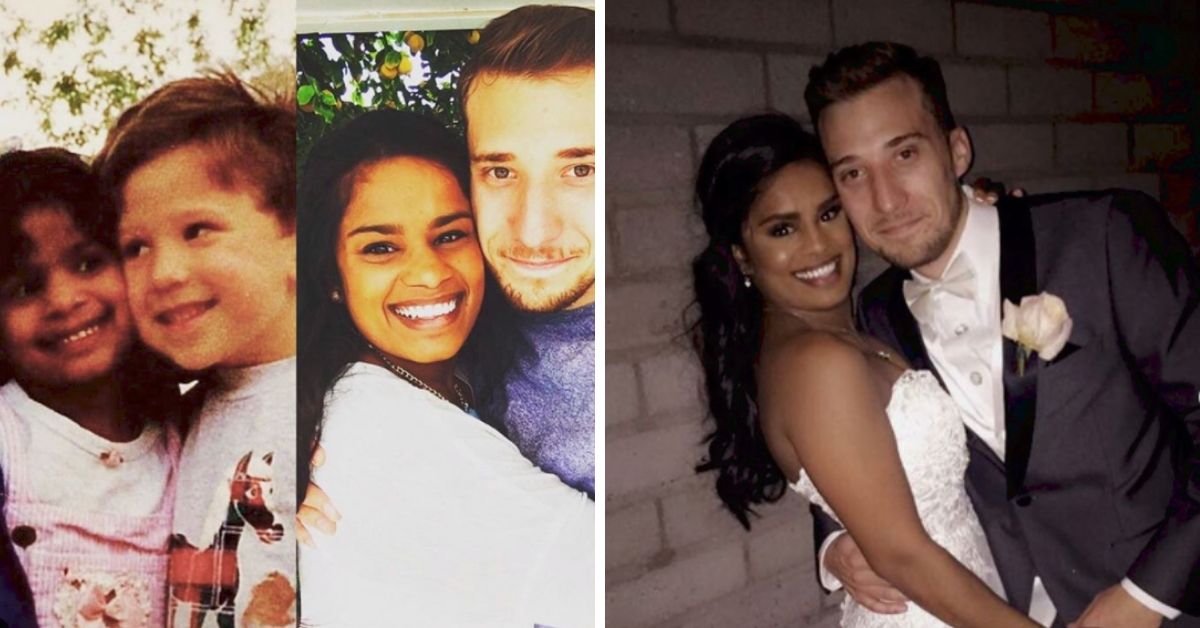 Few of us can clearly remember our childhood crushes–and even fewer of us grow up to marry them. It seems almost like a fairytale, as today’s world jostles us one way or another, and we grow up and move away to different schools and cities, we lose touch with our old friends and make new ones.

This is why Laura Scheel and Matt Grodsky’s story seems almost like a fairytale. Back in preschool, Matt told his whole class that he would marry her. Twenty years later, he did.

Matt was totally “enamored” with her

Matt and Laura first met in preschool in Phoenix. As Matt details in an Instagram post, “one of my very first memories is of being 3 years old and standing up in front of my pre-school class, declaring that I would marry her someday.”

He still has memories of their time together, playing hide-and-seek and “staying up during nap time.” Laura also taught him “how to ride the swings, draw rolling hills, and the ‘right way’ to properly eat string cheese.”

Laura also has memories of her own time with Matt.

We did almost everything together. We would just have a blast together.

Even back then, he tried to impress her

As the enamored boy he was, Matt also remembers trying to impress Laura back then.

Lion King was what all the kids were into back then so we would spend most of our time reciting lines from the movie on the playground. I remember trying to impress her during a Cinco De Mayo celebration at the preschool where we were trying to break open a piñata. Fortunately, I was the kid who managed to do it and I assume it got her attention.

But then, they were inevitably separated

Laura and Matt ended up separating ways as the two went to different elementary schools. They inevitably lost touch. What brought them back together?

Years later, in high school, Laura peeped Matt’s name in the phone of a mutual friend. That very same friend wanted to set Laura up with Matt, but the former was a little hesitant. She had worries of her own.

I was hesitant to go out with him. But he texted me and we hit it off.

That was all it took for the two to resume from where they left off. Within 2 weeks, Laura and Matt were officially together. Even though they went to separate high schools, Matt and Laura made it work.

He kept his promise

Fast forward to May 2015, Matt realized his childhood promise by proposing to Laura at the very preschool where it all started. He surprised her by pretending they were just going for a celebratory picnic as they finished junior year of college.

The whole car ride to the preschool she kept asking me why I seemed anxious. I kept checking my pocket when she wasn’t looking to make sure the ring was still there.

“I dropped down on one knee while my brother came in with the phone, snapping photos,” he continues. “Laura was shocked. I gave her my pitch on why I wanted her to marry me and she said yes ― whew!”

The rest is (wonderful) history.

Connections can fade, but don’t let them sever

Laura and Matt proved that a true connection will always the test of time and distance. They both took a chance to reconnect, and were proven right about their childhood bond. We are the heroes of our own (romantic) lives. Sometimes, it only takes for us to take the jump.

This Is Me Putting My Total Faith In God
‘I’m going to bring hand sanitizer’: What it’s like dating during the pandemic
5-Year-Old Best Friends Get Matching Haircuts to Confuse Teacher
Peter Dinklage and Erica Schmidt Show Us What It Means to Feel Secure in Your Love
Mariah Carey and Nick Cannon Prove Divorce Doesn’t Have to Spell the End of Love