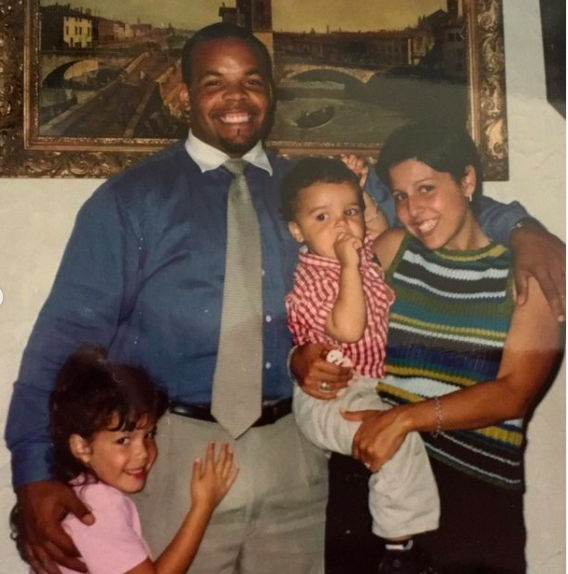 Halsey never shies away from the controversial. The singer-songwriter has built her reputation on being painstakingly honest about her mental health, upbringing, and the ups and downs that continue to follow her career.

The artist, whose real name is Ashley Nicolette Frangipane, has been put through wringers after wringers her whole life. She’s only twenty-six, but in that time, Halsey’s been homeless, she’s suffered mental breakdowns, she’s tried to commit suicide, she’s been through abusive relationships, and she’s grown up in a turbulent home.

Though the struggles will always remain in some form or the other, it’s noteworthy that Halsey’s managed to beat the odds and achieve widespread fame and success in her field. Her parents’ role in both her success and her challenges also play into her long-term evolution; therefore, it’s useful to reflect on how her parents contributed to and alleviated her tensions. Here’s what we can learn from Halsey’s bittersweet but ultimately meaningful relationship with her parents:

Halsey was a “lost, misfit kid” who grew up in a “chaotic” home

Halsey was born to Nicole and Chris Frangipane in Edison, New Jersey. Her mother is of Italian, Hungarian, and Irish descent, whereas her dad is African-American. Nicole dropped out of college when she learned that she was pregnant with Halsey. Nicole and Chris, therefore, had to take up several low-paying jobs to pay the bills and support Halsey’s childhood.

My parents were really good at keeping up appearances. They didn’t own their first home until last year.

Her parents continuously moved from town to town in search of better opportunities.  By the time she was a teenager, Halsey had been to six schools already. Being the perpetual new girl made her a “lost misfit” wherever she went — a huge reason why her music has resonated massively with the youth.

The lack of stability and opportunity was fortoflected in the family’s own home, where Halsey and her two younger brothers, Sevian and Dante, would routinely witness their parents’ fighting each other.

I grew up in a really chaotic household. There was always sh*t being thrown.

Since her mother is white and her father is Black, Halsey has had to navigate a biracial identity of sorts her whole life. Last year, a Twitter user called out Halsey for “never claiming her black side.” The tweet’s since been deleted, but Halsey’s reply remains.

She said that she might be biracial, but she’s “white-passing,” therefore she hasn’t had to face the same challenges as someone who looked visibly Black. Halsey also added that it’s not her place to claim her biracial identity to make a point; it’s her place to help and do what she can to support the Black community. She said she was “in pain” for her family. In a 2017 interview with Playboy, she mentioned that she’s never tried to claim or control any part of the Black identity because she’s white-passing.

At 17, she tried to kill herself and was diagnosed with bipolar disorder

By the time Halsey reached high school, she was becoming increasingly disillusioned with the world surrounding her. She felt lonely and misunderstood, and decided that she was going to end her life. At some point, she ended up in a psychiatric hospital for 17 days and was diagnosed with bipolar disorder.

I was an adolescent; I didn’t know what I was doing. Because I was 17, I was still in a children’s ward. Which was terrifying. I was in there with 9-year-olds who had tried to kill themselves.

With tattoos and a half-shaved head, Halsey felt like she wouldn’t ever fit in the real world. Therefore, she lived her life through online personalities, through Tumblr accounts; sharing her poems, memes, thoughts, and opinions without feeling the need to please anyone. It’s through her digital life that she found music; a passion she nurtured like it was the only thing in the world. When she realized she was suffering from a mental disorder, she turned to music, as well as medication, as her salvation.

Halsey’s own mother, Nicole, also suffers from bipolar disease, so it was something the artist had experienced first-hand. For example, when the kids would ask Nicole, “what’s for dinner?” Nicole would reply with “cice-cream and rollerskating.” So the whole family spent their evening roller-skating and eating ice-cream for dinner.

I gained, like, 30 pounds. I was throwing up at school. I spent my whole adolescence medicated.

She was kicked out of her home because she left college

Despite her newly-diagnosed bipolar disorder, Halsey managed to graduate high school and gain acceptance to the prestigious Rhose Island School of Design. However, it’s at this point when the family realized they could no longer afford to pay for the university, so Halsey had to downgrade to a local community college. She thought that the community college was a “waste of time,” so she dropped out. Halsey’s parents decided to punish her by kicking her out of their home.

They just didn’t agree with a lot of things about me.

Halsey had to face homelessness for the next few years. Sometimes she would sleep on friends’ couches, sometimes she would stay with her grandmother, sometimes her friends would chip in so Halsey could eat a $1 slice of pizza. She considered prostitution at one point to make ends meet. She even mentioned how she used Red Bull one time to stay awake for two-three days because it was less dangerous than being caught sleeping in an unsafe area.

Halsey has finally reconciled with her parents

At some point along the way, Halsey was able to rebuild goodwill with her folks and reconcile. She hasn’t revealed how or when it happened, but it’s evident from her interviews and social media posts that her parents are very much a part of her life at the moment.

For example, when Halsey learnt that she could have children in spite of her endometriosis, she called her mom immediately and started “crying.” For her dad’s birthday, she shared a set of goofy photos of him and called him, “charming, intelligent, and kind.” In another interview, she discussed making peace with her father.

Families go through cycles, and my father and I have a really great relationship now. We never didn’t, [but] there was a time where I wasn’t being receptive to any male energy in my life.

Time will heal — not all — but some wounds

Halsey’s journey tells us that it’s possible to salvage the most-wrought relationships in our lives and that, with time and a little bit of patience, you can overcome your traumas and accept your life on your own terms. Halsey understood the struggle her parents faced in raising her and younger brothers, so eventually, she was able to forgive her parents and empathize with their own circumstances.

Time may not heal every single wound in your life but it will spur change and a new perspective. Halsey was able to succeed and achieve her dreams despite the odds stacked against her. She followed her passion and kept nurturing it, knowing that it provided the best possible shot of hope and escape. When we’re struggling and hitting rock bottom in our own worlds, we have to realize that there too exists a glimmer of hope for us. What we have to do is take that glimmer and approach it like it’s the only thing that exists and matters in the world.

The Most Inspiring Speech: The Wisdom of a Third Grade Dropout Will Change Your Life | Rick Rigsby
‘The Rock’ Surprises Man Who Took Him In When He Was Homeless With A $30K Truck
Don’t Waste Another Year | Jordan Peterson 2021 Motivation
How breaking coronavirus rules could cost you your job
‘Bridgerton’ star Nicola Coughlan on Season 2 rumours and her Toronto connection